At the beginning of the year, we took a brief look at the social media statistics and demographics for the UK in 2020.

As we pass the half-way mark of 2020, we’ve revisited the data and updated the information to reflect the changes over the last 6 months.

The latest Digital 2020: Global Digital Overview report was recently published by We Are Social and Hootsuite. The report includes social media statistics for 2020, essential to help brand marketers to make informed decisions in the months ahead.

According to the Digital 2020: Global Digital Overview report there are 3.8 billion active social media users globally. This represents 49% of the total global population and shows a 9.2% growth in the last year.

Nearly all, or 99% of all social media users are accessing platforms via mobile devices. If your brand is not already thinking “mobile-first” then this is the year to optimise your campaigns for mobile so content has the desired effect.

Social media usage in the UK has remained consistent over the last 12 months, with approximately 45 million social media users or 66% of the total population. Figures show that use by the UK’s “eligible audience”, users over the age of 13, is 79%.

Despite the huge movement for social self-care and reducing screen time people aren’t turning their backs on social media altogether.

The average UK based user did actually reduce their daily social media usage from 1 hour 50 minutes to 1 hour 42 minutes in the last 12 months.

Globally, social media usage is up by 1.4% to an average of 2 hours 24 minutes per day. This may not seem that much if you work in social media but consider that this figure represents everyone in the 16-64 age bracket. 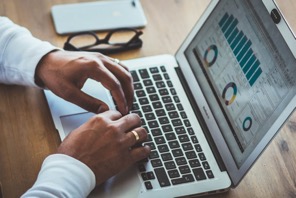 The potential advertising reach on Facebook has not changed in the last year with a potential reach of 37 million users. This equates to about 65% of UK adults (+13 years old).

According to Facebook Audience Insights, there are 35-40 million monthly active users. Of these, 52% identify as women and 48% men (based on users aged 18 and older).

Likewise, they will click on 18 ads per month which shows that targeted advertising on Facebook is still proving an effective way for brands to grow their audience. Globally we see the average social media user click on 12 ads per month, which again shows that advertisers are still very capable of cutting through the noise on social.

Organic reach of Facebook posts is 4.4%. So, despite Facebook becoming more and more a pay-to-play platform, organic reach can still be effective. Bear in mind that this figure represents all types of content, and it some forms of content, particularly video, will be much more engaging than others.

In January 2020 there were an estimated 24 million Instagram users in the UK. According to Instagram, 42% of the UK’s population can be reached with advertising. The gender split is still slightly skewed towards females (54% vs 46% males).

In 2019, 80% of users follow a business or a brand so they are looking for inspiration and this appears to still be the case.

In our 20 Trends for 2020 blog we wrote that video is set to be the dominant form of content and according to a Cisco study, by 2022, 82% of all online content will be video content. Interestingly, the Digital 2020: Global Digital Overview report shows that only 21% of content on brands’ main Instagram feeds is video. The percentage might be higher in the UK, but it is unlikely to be wildly different.

Instagram is proving to be an excellent way for brands to grow their online following. The average account growth for businesses on Instagram is 2.5%. Research suggests this is greater for brands with fewer than 10,000 followers than larger brands. We are often asked, “How often should I be posting?” Whilst the answer varies from business to business it’s interesting to know the global average. Brands are post 1.7 times per day to their feed and upload 13.1 stories per month.

LinkedIn has continued to grow over the last 12 months. In January 2019 there were 610 million professionals interacting on the platform and looking for new ideas and opportunities. Fast forward a year and this number has shot up to 663 million. The network has 303 million active monthly users, 40% of which visit the site daily.

According to Microsoft, LinkedIn’s parent company, engagement is at record high levels. Advertising reach has also increased amongst users. LinkedIn ads now have the potential to reach 52% of the UK’s adult (18+) population, and 12% of the global adult population. This means potential LinkedIn advertising reach of 28 million people in the UK.

YouTube is still the world’s second most popular social media platform after Facebook. With over 2 billion users and an estimated 1 billion hours of video consumed daily the potential reach is enormous.

Globally, the average viewing session is now 40 minutes, up 50% from 2 years according to Omicore. And this seems to be increasing further. Many brands are now using YouTube to host longer-form content. Unlike other social networks, where users scroll passively through newsfeeds, Youtube users are intentionally searching on the platform for videos to watch.

This number represents 24% of the UK population, aged 13+.

The gender breakdown is shared as 60% male and 40% female – however, many Twitter accounts are companies, not individuals so would be classed as neutral.

Twitter has always been pretty cagey about its usage figures. They continue to remove hundreds of thousands of bots and fake accounts and this does affect their global statistics. This has also had an effect on advertising which has seen quite a consistent decline over the last 2 years.

Pinterest seems like a sleeping giant amongst the other social media platforms in this blog. Rarely, if ever at the forefront, but seemingly ever-present.

One of the most valuable things about Pinterest is the long shelf life of Pins. The average pin is repinned 11 times. Eighty percent of all pins are repins and it takes a pin 3.5 months to get 50 percent of its engagement. That means a Pin can, on average, live for seven months.

Pinterest is often compared to other visual social media platforms, but this isn’t necessarily fair. From a feature standpoint, it has a unique ability to ingest entire catalogues into shoppable pages. Pinterest shares key features with a number of platforms but still has the ability to reach core audiences, particularly females (72% of reported users) over the age of 25.

In the UK advertising can reach more than 10.6 million people, which is a 2.8% increase in 2019. Of all the social media platforms, Pinterest has the greatest gender imbalance. It also has a strong userbase of those between the ages of 25 to 44. This age bracket makes up 44% of total users.

WhatsApp is the most popular messenger app in the UK and also globally.

Ofcom recently announced that while Facebook and Snapchat are the most popular social media platforms among 12-15 year-olds, WhatsApp usage has grown from 43% in 2018 to 62% in 2019. This is despite WhatsApp having a minimum age requirement of 16 in the UK. Growth is evident in all other age demographics too.

WhatsApp Business presents a great opportunity for brands to connect with their audience. It’s free to download and was built with the small business owner in mind. It’s a great way to connect with customers by using tools to automate, sort, and quickly respond to messages.

More than 60 billion messages are sent through WhatsApp every single day, and it is currently the 3rd largest social networking platform in the world.

Increasingly, users of messaging apps such as WhatsApp are willing to engage with businesses, particularly younger customers. According to Nielsen’s Facebook Messaging Survey in 2018, 67% of mobile messaging app users said they expect to use chat more for communicating with businesses over the next two years. What’s more, 53% of respondents say they’re more likely to shop with a business they can message directly.

Very few people predicted that Snapchat would grow in 2019. Many thought the buzz around the platform was calming. However, Snapchat’s daily active users increased from 190 million to 210 million from Q1 to Q3 in 2019. This is the biggest increase in daily users the app has experienced since 2016.

With 82% of Snapchat users being under the age of 34 years old, the platform isn’t for every brand. But it shows a lot of promise for many!

TikTok is a short-form, video-sharing app that allows users to create and share 15-second videos, on any topic.

The app has disrupted the social media landscape since its launch in 2016. The emerging app is hugely popular with Gen Z (13-18-year-olds) and is sparking a new generation of influencers and viral memes. Brands are beginning to experiment with how they can use the platform to reach younger audiences.

Although the platform is still in its infancy, it is already the 7th most active social media app in the world. There are a reported 3.7 million users in the UK. User numbers are expected to grow to 10 million before the end of 2021.

The UK generated the third-highest income for TikTok in 2019 of just under £2M (behind China and the USA). Advertising on TikTok is currently in the “beta” phase with video ads. Currently, you can only do orders directly with TikTok. There is no dashboard yet which allows buyers to do self-serve purchases.

See our Workshops and Online Courses for the latest social media training workshops in the UK.

A friendly community for those looking to improve their social media marketing. 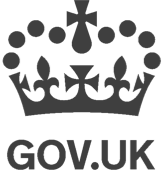 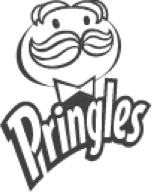